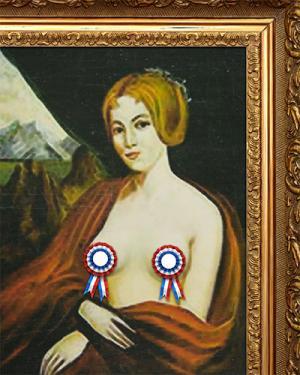 Based on the popular TV series, the stage version of ’Allo ’Allo follows the hapless café owner René as he fends off amorous waitresses, his oversexed wife, Edith (stupid woman!) and assists the escape of two dim British airmen. All this during a visit from the Führer and while struggling to cash-in on the priceless portrait hidden in a sausage in his cellar.

Zut alors! It’s enough to make a man talk in a funny accent. 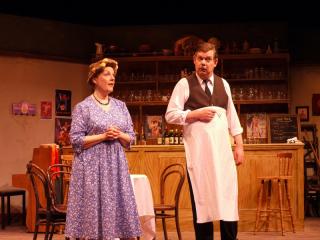 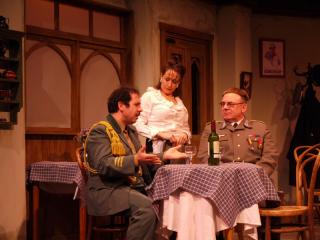 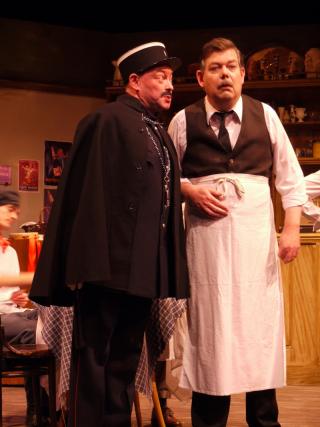 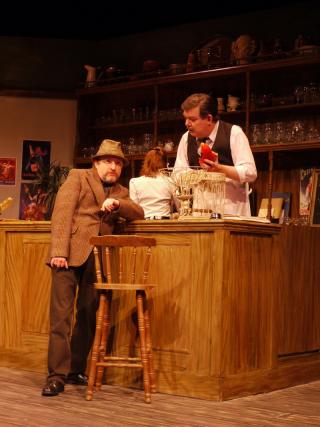 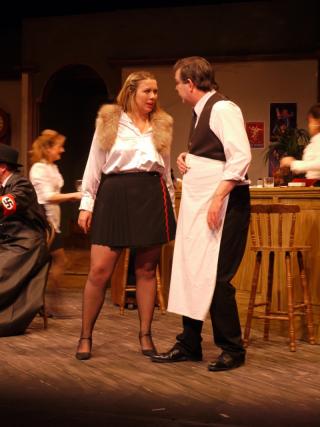 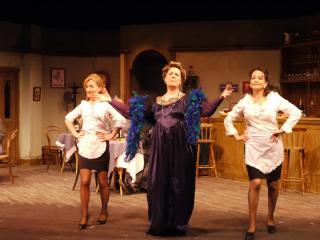 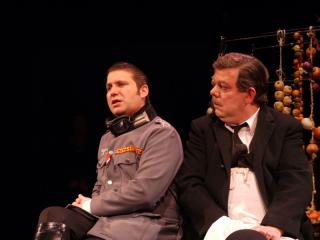 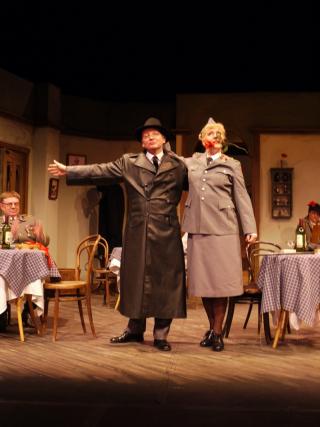 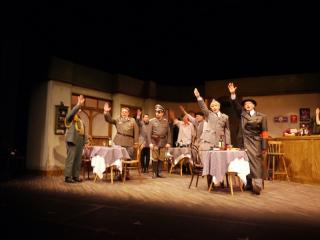 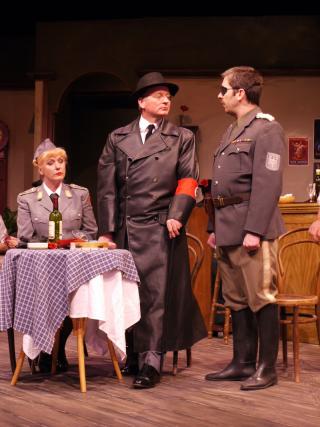 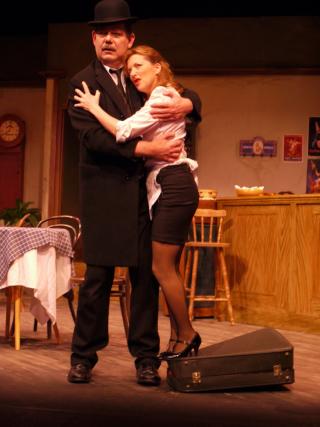 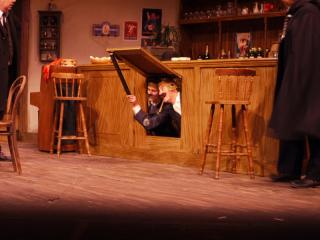 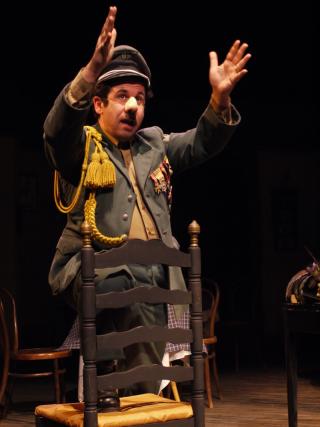 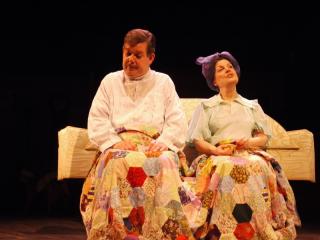 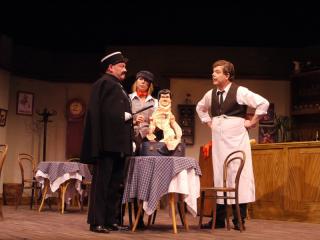 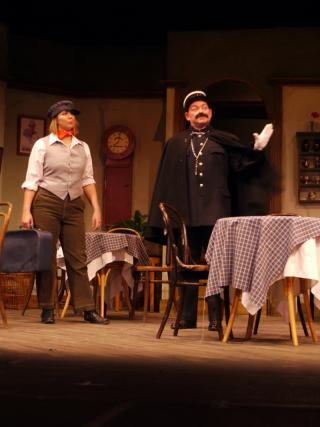 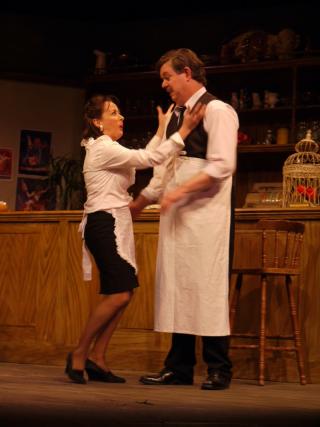 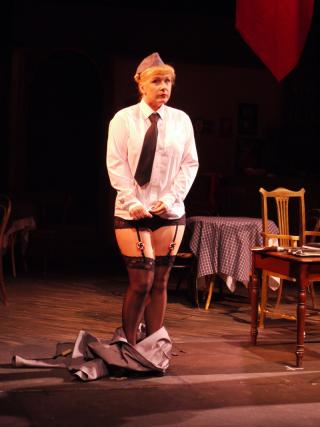 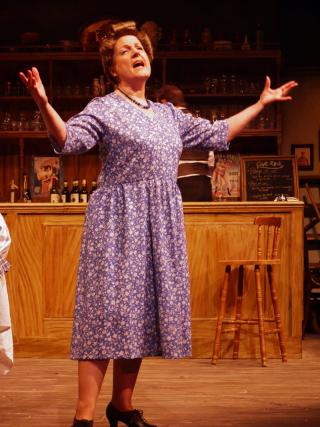 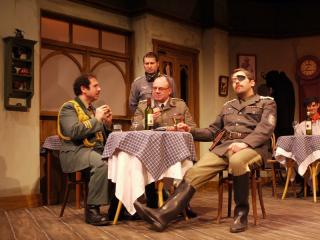 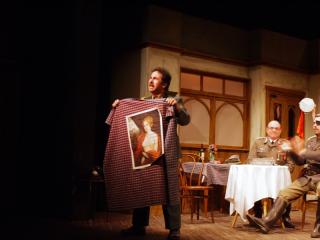 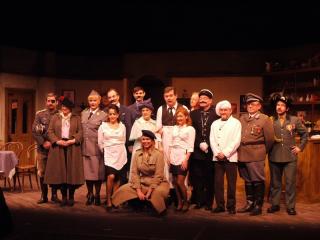 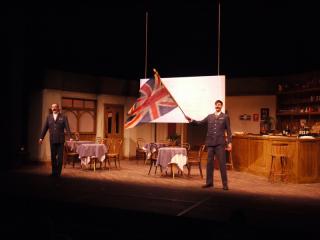 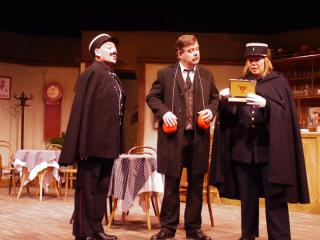 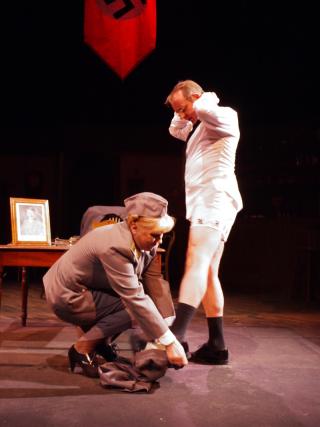 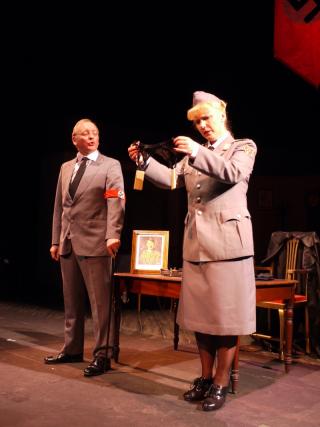 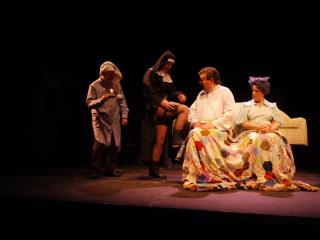