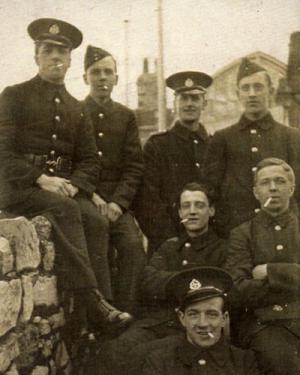 At the outbreak of the First World War, in towns across Britain, young men volunteered en masse, to form what became known as ‘Pals’ Battalions’. Tragically, the scale of casualties in the trenches meant that millions of these friends were never to return.

This is the powerful and poignant story of one such battalion; the men who unwittingly marched into hell and the women they left behind.

An amateur production by arrangement with Samuel French Limited.