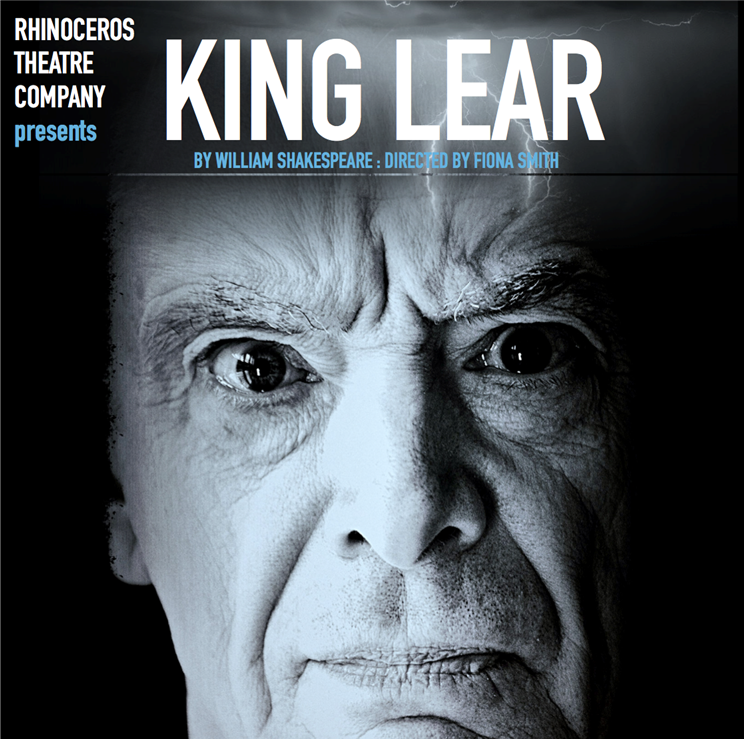 WILLIAM SHAKESPEARE’s great tragedy of cruelty, retribution, familial bonds and harrowed redemption comes to the stage in a new production.

The Rhinoceros Theatre Company, newly founded by Nigel Andrews, film critic emeritus of the Financial Times, brings this moving and epic drama to the Hampton Hill Theatre in February. Nigel himself takes on the title role supported by a stellar array of local acting talent. Director Fiona Smith has created the vivid, visionary staging, aided by a highly experienced set and lighting designer and backstage team.

NIGEL ANDREWS was the international, prize-winning critic of the Financial Times for 46 years. His books include a biography of Arnold Schwarzenegger and a study of the film JAWS. He also wrote and presented arts programmes for BBC Radio.

Why does he want to play King Lear? “Because it’s there”, he says (Every actor’s Mount Everest!). Because he nostalgically remembers acting at school and university with co-players including David Hare, Christopher Hampton and Tim Rice. Above all, because he believes that every critic, before nestling into retirement, should bare himself to the chastening lash of his own profession. He is ready for the bad reviews – though ready too for the greater shock of good ones. “Take physic, pomp. Expose thyself to feel what wretches feel”

FIONA SMITH is a director with rich experience in the theatre. Her successes include CONSPIRACY, THE CAT’S MEOW and CAUSE CELEBRE. “Let the great gods….find out “When we are born, we cry that we are come to this great stage of fools”

“A tragedy of Nature in its enormity and indifference” is how she describes KING LEAR, with its violent swings between dark drama and apocalyptic comedy. “It is somewhat daunting to have the opportunity to direct this emotionally demanding masterpiece. But with the superb cast and design crew assembled, I have no doubt we can produce a powerful piece of work.”